The firehouse of information that is Ainsley Henriques, senior Past President of Jamaica’s synagogue, and ne plus ultra repository of Jamaican Jewish history, enthusiastically touches on seemingly everything Jamaican and historical should you sit on his Kingston terrace for a glass of coconut water.

This is the oldest, continuously-operating, Jewish community in the Western Hemisphere, 360 years or so, and Henriques estimates 300,000-400,000 Jamaicans have some Jewish ancestry. In 1700 it was the largest such community in the hemisphere, and ultimately there were 21 Jewish cemeteries on the island. The oldest gravestone surviving is from 1672. So along the way there are some good stories.

Ed Kritzler wrote a book a few years ago positing that some of the pirates in the glory days of Johnny Depp’s Port Royal were Jewish. Jamaican Jews founded Waco, Texas; started the older-than-The-New-York-Times Jamaica Gleaner; and became a potent force in the legislature and the business and professional community, including in tourism, and served in numbers in the two world wars. The traditional Jamaican ‘Saturday soup’ may have originated with its Jews. In the 40s Stanley Motta made the first recordings of indigenous Jamaican music (mento), and Isaac Belisario was the first person to paint actual Jamaicans instead of just English planters. The island’s synagogue and museum is a beautiful building in Downtown Kingston that has sand covering the floor, a common Sephardic practice in the West Indies that may recall the need to muffle the footsteps of secretly-practicing Jews during the Spanish Inquisition. Heck, Ferdinand’s ancestors were Jewish, Henriques says, and Columbus’s mistress was a Henriquez. And the mainstay of Jamaica’s economic power through its history, sugar, was first cultivated in the Mideast, and brought west to Brazil from Portugal, home of a disproportionate population of Jews.

For his part, Henriques founded the Jamaica Export Trading Company to market Jamaican goods like limestone, garments and gypsum abroad; sat on the World Spice Council; introduced plum tomatoes to Jamaica; serves as the Israeli consul; manufactured all the woodwork for the Conference Center downtown; created the country’s agro-parks system; and served multiple terms as head of the National Heritage Trust. And he was taught the Australian crawl by Errol Flynn’s mother at Flynn’s hotel in Port Antonio. “My story isn’t important. The important one is the story of the Jews, and I’m just privileged to have recorded a bit of it and can tell you about it.” 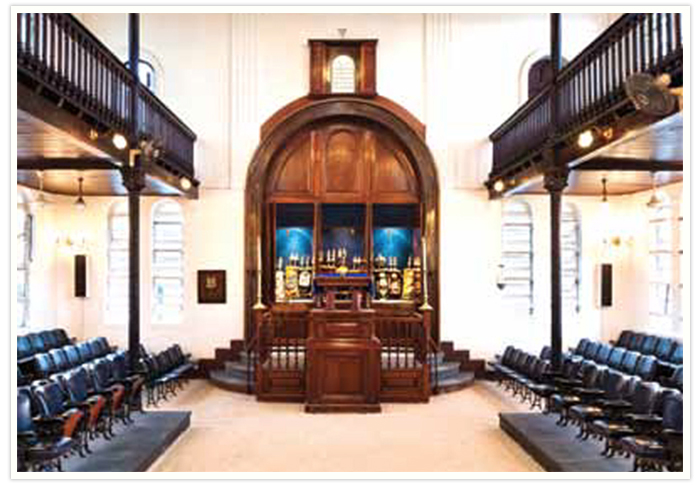 But here is a thin slice of it: his ancestor came to Jamaica from Amsterdam in the 1750s to be a teacher in Montego Bay; a Belinfante (yes, you should make the Harry Belafonte connection). His interest in Jewish history was stirred by his stepfather’s stories of serving in World War II in the Mideast; in Britain leading the Jewish club in university in the 1950s, seeing the tattoos from the death camps on survivors, being there for the Suez Crisis, and living with Orthodox families. He is the founder of the Jamaica Jewish Genealogical Society and maintains a database of over 25,000 names, and he’s been an invaluable resource for historians. This Jamaican super-patriot with the perennial twinkle in his eye is truly a walking archive of some of the island’s most colourful history.