Jewish Heritage Alliance Advisory Board Members reflect our mission and work. We are about telling the story of Sefarad, a story we believe is historically "missing in action". That the important historical period of Sefarad (Jews of the Iberian Peninsula comprised of today's Spain and Portugal), and the profound effects and consequences of that period, by and large are overlooked and underreported by historiographers.

JHA will gather and deliver information relating to this important segment of Jewish and world history. From the early beginnings when the Jews first arrived at the Iberian Peninsula, through the erratic precarious times and events, including the "Golden Age", one of the greatest periods of Jewish history, a period of immense achievements, to the pogroms and forced conversions, leading to the exile. We continue following in the footsteps of the exiles, depicting their travails, illustrating how these brave, tenacious people settled, flourished and created the new world.

In our on-going effort to deliver the Saga of Sefarad to the public domain, we rely on the knowledge, research and experience of our Advisory Board, a group dedicated to the Sefarad Saga, each with unique credentials and in-depth knowledge of the subject.

PLEASE NOTE that this is a work in progress, and we invite you to come back from time to be updated. 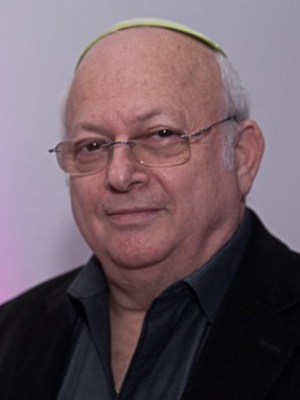 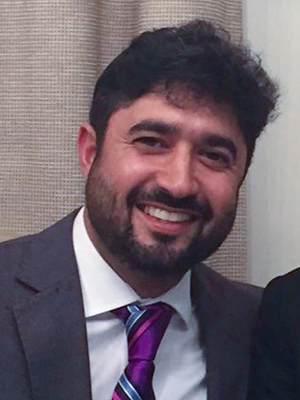 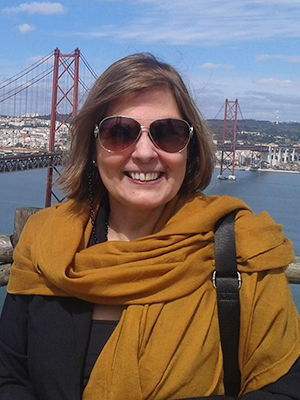 Our Emissary for Portugal 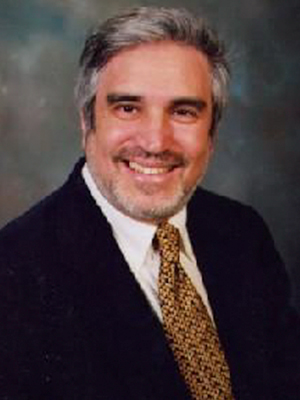 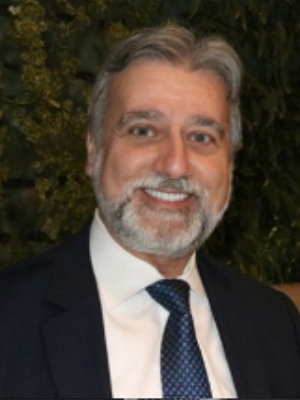 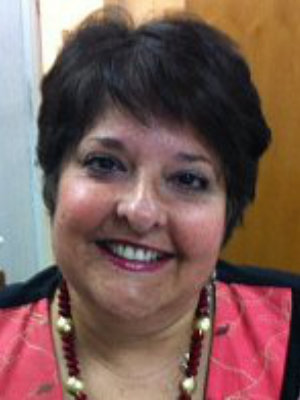 Jewish Heritage Alliance "In the Footsteps of the Jews of Sefarad" project, is the brainchild of Michael Steinberger. Michael hails from the tourism industry where he enjoyed over 4 decade's experience. Having been born in Israel and living his adult life in diaspora, helped in shaping Michael's commitment for Jewish heritage and this project. Michael's interest in Sefarad (Jews of the Iberian Peninsula) was motivated by the far-reaching events of this segment of Jewish and world history and the profound consequences this period produced, including today's Conversos (descendants of Jews forced to convert to Christianity 530 years ago), especially those making their way back to their Jewish roots.

Steinberger's vision is derived from the supposition and belief that the Sefarad narrative, both historical and the present-day consequences, are not sufficiently reflected in the annals of Jewish or world history thereby lacking the proper imprint and standing it deserves. Steinberger launched Jewish Heritage Alliance with the underlying mission to deliver this epic story and all its consequences and effects to the public domain. To extend the scope and reach of the mission, Steinberger is created a strategic alliance partnering with organizations, institutions, and individuals, covering the private and public sectors, including religious, secular, historic, academia and governments.

Ariel Yeshurun is a graduate of the Shehebar Sephardic Center and the Hebron Yeshiva Rabbinic College in Jerusalem. He completed his studies at Amiel-Strauss Institute for diaspora leadership training for rabbis. Rabbi Yeshurun received his Rabbinic Ordination studies as well as holds a Rabbinic Advocate license from the Israeli Ministry of Justice. Rabbi Yeshurun served in the IDF, has a Bachelors of Science degree, and finished the first two years of medical school. Ariel Yeshurun served as rabbi for 11 years at 'Shaarei Tsedek' Jewish Congregation in the Caribbean island of Curaçao. He is the founder of the JCLC (Jewish Community Learning Center), a Miami based adult Jewish education center. He is the president of the board of the Rabbinical Association of the greater Miami Jewish Federation and a member of the National Council of AIPAC. In addition Rabbi Yeshurun is the founder of “For Women By Women” a Miami based support group for divorced women. He also serves on the board of the Leo Martin March of the Living, and Friends of the IDF (FIDF) as well as on the advisory board of Kosher Miami (KM) and ‘Yehi Or,’ a JCS family abuse prevention and treatment program. Rabbi Yeshurun is currently the congregational rabbi of 'Skylake Synagogue' in North Miami Beach.

Our Emissary for Portugal

Ruth Calvão is our Ambassador to Portugal and points beyond. Ruth brings many years of unique experience in the subject of Jewish history of the Iberian Peninsula. Hers is a special journey that combines her personal life experience with her dedicated, lifelong work, to promote and safeguard the relevance of the Saga of Sefarad, past, present and future.

Born in Lisbon, Capital City of Portugal, Ms. Calvao studied anthropology and was always fascinated with Jewish traditions and culture. What makes Ms. Calvao a true, living expert on the subject of Sefarad is that she was born a Christian and like many of her fellow Conversos, has embarked on an individual journey for her Jewish identity. Ruth made Aliya and moved to Israel in 1977 where she married and raised children in a Jewish environment.

Ruth brings extensive experience in working with EU and Israeli Institutes and Government bodies, both national and local, NGOs and Philanthropic Institutes in Europe and the Middle East. She is a recognized, and well-respected authority on Jewish history in Portugal and beyond. Ruth Calvão is a founding member and heads the Project Development and Outreach of the Centro de Estudos Judaicos de Trás -os- Montes, Rotas Históricas e Culturais Ibéricas (Center for Jewish Studies in Trás-os-Montes, Iberian Historical and Cultural Routes). Ruth has 35 year hands-on experience coordinating projects and budgets; both with governmental and private organizations, including endless voluntary work during this period. She pioneered many innovative initiatives which focus on how an individual or a community tell their story using tools such as community theatre and arts to implement social change. She is a dedicated mother and grandmother and splits her time between Israel and Portugal.

Rabbi Peter Tarlow, PhD, is our Ambassador at large, responsible for Latino and Jewish Communities Outreach Projects. Peter was the director and rabbi of Texas A&M Hilel for thirty years. He retired on July 1, 2013, and became its Rabbi Emeritus. Upon retirement he assumed the leadership of the Center for Latino – Jewish Relations. Tarlow writes a weekly bilingual social religious commentary that is read throughout the United States and Latin American and he also writes a monthly philosophy column for the Bryan Eagle. Tarlow is also a chaplain for the College Station police department.

Tarlow now helps emerging Jewish communities throughout the Spanish-speaking world, and he is currently working with Jewish communities in Bolivia, Mexico, Peru and the United States. He is an expert on Sephardic and Crypto-Jewish history and works in conjunction with universities around Texas to lecture on Sephardic history and culture. He also lectures on the impact of the Spanish and Portuguese Inquisitions on both European and American Jewry. Tarlow also lectures on Sephardic, and Crypto – Jewish literature and culture at major Texas Universities and for Jewish and Latino organizations throughout Texas.

Rabbi Elie Abadie, M.D. comes from a long and distinguished rabbinical lineage dating back to fifteenth century Spain and Provence. Following the expulsion of Jews from Spain in 1492, his family migrated throughout the ages through Italy, the Balkans, Greece, Turkey, Syria, and Lebanon. Rabbi Abadie was born in Beirut Lebanon, and grew up in Mexico City, coming to the United States where he earned his B.A. in Health Sciences in 1983, B.Sc. in 1984 in Bible Studies, Hebrew Teacher's diploma in 1985, and a Master's degree in Philosophy in 1986. Rabbi Abadie received his Rabbinic ordination in 1986 from Rabbi Isaac Elchanan Theological Seminary. He graduated SUNY Downstate Medical Center in 1990 with an M.D. degree. He did his residency in Internal Medicine, and later his fellowship in Gastroenterology at Maimonides Medical Center.

Rabbi Abadie is the founding Rabbi and Spiritual Leader Emeritus of the Edmond J. Safra Synagogue in New York City, the Head of School of the Sephardic Academy of Manhattan and the Rabbinic Advisor of the Moise Safra Community Center in Manhattan. He was also a member of the Board and an Officer of the Rabbinical Council of America (RCA). As a member of the board of the American Sephardi Federation and the World Sephardic Educational Center, he lectures on Sephardic Judaism, history, and comparative traditional law. He appeared on many Television and Radio Programs including CNN, ABC, Spanish Radio, CCTV and Television programs, America Teve Canal 41, and Israeli Media, Galei Zahal, Arutz 10 and 7. He was featured in the Jewish Voice Weekly, Image Magazine, the Jewish Week, Hamevasser, Israel Hayom, Hamodia, LaMishpaha Magazine and many others. He received the Jerusalem Medal, Orden Del Merito Civil, the highest civil decoration by His Majesty King Juan Carlos I of Spain, and many others.

Born in Havana Cuba into an upper class Roman Catholic family of Spanish origins, Genie moved to Miami at the age of 5. As an adult she made her way back to her Jewish roots, tracing her Crypto-Jewish heritage through 22 generations, dating all the way back to 1405 to Pre-Inquisition Spain and Portugal.

She is the author of the book “My 15 Grandmothers” as well as “How I found My 15 Grandmothers A Step by Step Guide”, including her latest book “Pyre to Fire” winning the 2015 and 2018 Latino Author Book Awards. She also writes for several on line sites including www.esefarad.com as well as the Journal of Spanish, Portuguese and Italian Crypto Jewry.

She has spoken at the Knesset in Israel and lectures around the world bringing awareness to the topic of the Jews returning from the Inquisition. Her work has been showcased in many publications, including the Jerusalem Post, The Miami Herald and other publications around the world. She was awarded the State of Florida Genealogy award for her outstanding achievements and advances in the Pioneer work she accomplished in Genealogy. Most recently, she was awarded the coveted Medal of the Four Sephardic Synagogues from Jerusalem for her decades of work in recuperation of Sephardic Memory

Genie is currently the Director of the Converso Genealogy Project which is in the process of digitizing all the Inquisition files around the world so that others may also find their roots .This important project was given the Seal of Approval by the International Institute for Jewish Genealogy in Israel, an Organization that has championed this cause.