Welcome to the Region by Region page. This section is intended to educate you regarding each region, highlighting key points of interest and provide relevant historical and current information. 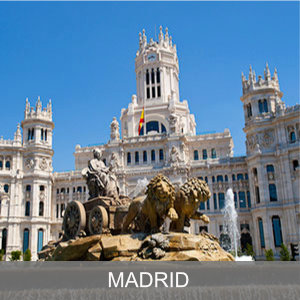 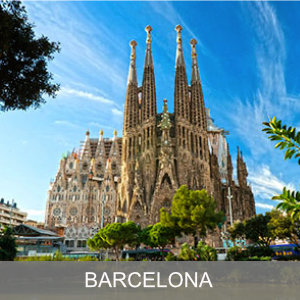 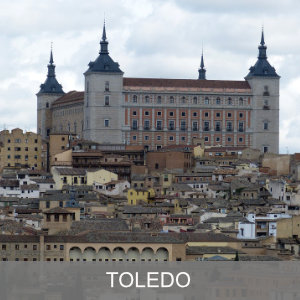 The history of Madrid Jewry is much like the history of Jews elsewhere in Spain, consisting of periods of great development layered between periods of severe persecution. Though once a thriving center of Jewish life, most of Madrid's Jewish population was brutally murdered during the riots of 1391, while many others fled or converted to escape persecution, ending with expulsion of Jews from all of Spain n 1492.

The Jewish community of Madrid is as old as is the city. The first Jews settled in Madrid in the ninth century, but the earliest historical records date back to the mid-eleventh century only, specifically, to the year 1053. The community had begun to grow and prosper a couple of centuries before, and in the thirteenth and fourteenth centuries, the Jewish population increased considerably. Nevertheless, the Fuero de Madrid statute of 1202 refers to a small Jewish community that wasn't held in high esteem, which forced them to dwell in the Jewish quarter, known as the judería.

In 1085, Madrid saw the birth of the old judería, which lay near the present-day Teatro Real opera house and Calle del Arenal. It comprised around twenty homes distributed across four irregularly shaped blocks. Adjoining this quarter was the cemetery, located where today is Plaza de Oriente. Three centuries later, after the Black Death outbreak, the local Jews were forced to move to the new Judería, adjacent to Campo del Rey (Plaza de la Armería), on the site where La Almudena Cathedral currently stands. The new Jewish quarter was made of some twenty homes and a synagogue, scattered across six blocks.

Archaeological findings have given evidence that in the fourteenth century, the new judería adjoined the Royal Palace and La Almudena Cathedral. There are written documents that place the new Jewish quarter and synagogue near Campo del Rey, which is close to the Cathedral. Well-off converts used to live around Plaza de Ramales, Plaza de Santiago and Calle Bailén. Scholars claim that in Lavapiés, on the location of the Church of San Lorenzo, there used to be a synagogue, and the burial site unearthed near Calle del Salitre might be a Jewish cemetery, as no crosses or other Christian symbols have been found in it.

According to archeological evidence Catalonia where Barcelona is located was home to a sizeable Jewish community from as early as the beginning of the Common Era. For centuries thereafter, the Jews of Barcelona managed their own local affairs and lived relatively well while confined to the Juderia (Jewish quarter). In 1263, King James I of Aragon convened a religious disputation in Barcelona with the aim of convincing the Jews to convert to Christianity. Nachmanides, the great Jewish sage and bible scholar, was called upon to represent the Jews of Spain. The disputation lasted four days, during which time Moses ben Nahman, commonly known as Nachmanides, also referred to by the acronym Ramban, argued passionately for the validity of Judaism while the Jewish community of Barcelona waited nervously for the King's reaction. At the end of the disputation King James I awarded Nachmanides a large sum of money for his eloquence and famously stated that he had never heard someone argue so well for such an unjust cause.

By the fourteenth century the situation of the Jews of Barcelona and Spain had worsened significantly. Numerous anti-Semitic decrees were enacted by the monarchy and Catholic Church. In order to escape persecution many Jews converted to Christianity while practicing Judaism in hiding. On Ash Wednesday 1391, a series of Church-led riots broke out across the country. The riots reached Barcelona in early August, during which time thousands of Jews were murdered or forcibly converted. While the Jewish expulsion from Spain did not occur until the reign of King Ferdinand and Queen Isabella in 1492, all the Jews of Barcelona either fled or converted following the riots of 1391.

Barcelona remained devoid of any Jewish presence for more than five hundred years until several Jewish communities arrived from North Africa and Eastern Europe at the beginning of the twentieth century. Today, an estimated 3,500 Jews reside in Barcelona, making it the largest concentration of Jews in Spain.

Toledo was the capital of the Region of Castile until 1561. Early Jewish settlement can be traced back to the Visigothic Period. There is no substantive information available on the beginnings of the Jewish settlement in Toledo, which was only a small village in the period of Roman rule over Spain. According to a Jewish tradition dating from the period of Muslim rule, the Jewish settlement in Toledo was the most ancient in the Iberian Peninsula. This tradition was accepted by Isaac Abrabanel (born in Portugal, Abravanel as a noted Jewish scholar as well as a financier and diplomat that was adviser to the kings of Portugal and Spain) who states (in his commentary to the Book of Kings, at the end, and to Obadiah 20) that the first settlers were exiles from the tribes of Judah and Benjamin, who had arrived there after the destruction of the First Temple, and were associated with a legend concerning Pirus and Hispan who took part in the siege of Jerusalem. Hence the name "Tuletula" (Lat. Toletum = Toledo) has been explained as deriving from their wanderings (Heb. taltelah) when they were expelled from their land.

Jews probably established themselves there when the town became the capital of the Visigoths, or during the preceding fourth to fifth centuries C.E. The Jewish settlement was, however, inconsiderable, the Jews then being mainly concentrated in the towns on the east coast. Once the Visigoths converted to Christianity, the *Church councils held in Toledo, particularly from the reign of Sisenand onward, directed many decrees against them, which the Visigothic kings strictly applied. The legislation indicates that there were Jewish settlements in Toledo and the vicinity mainly engaged in agriculture. When the danger of a Muslim invasion seemed imminent, the 17th Church Council, held in Toledo in 694, accused the Jews of plotting, in collaboration with their coreligionists living across the straits, to destroy the Christian kingdom. There is, however, no foundation to the accusation that the Jews delivered the town to the Muslims at the time of its capture (c. 712). Information on the conquest and the presence of Jews in the town is extant from a later period: during the 13th century, Ibn al-Adhari wrote that there had been only a few Jews in the town at the time of its conquest.

Toledo is one of the few towns of Spain where remnants of Jewish edifices have been preserved. Toward the close of the 15th century the sources mention ten synagogues and five Batei midrash (house of learning). Toledo also has many remnants of Jewish tombstones, some of which are preserved in the archaeological museum of the town. The Jewish quarter of Toledo is a district of the city of Toledo, in Castile-La Mancha, Spain. It was the neighborhood in which the Jews lived in the Middle Ages, although they were not obliged to live within it.

During the Middle Ages the Jews of Toledo lived in the Jewish quarter although not obliged to do so. During the 12th and 13th centuries the Jewish community of Toledo became the most populous and rich of the Kingdom of Castile where they coexisted for centuries, more or less peacefully with both the Muslims and Christians. Of course the good times turned to bad with the massacres, forced conversions and inquisitions ending with the expulsion of 1492.

Judería de Córdoba (the Jewish Quarter of Córdoba) is the area of the Spanish city of Cordoba where Jews lived between the 10th and 15th centuries located in the Historic Center of Cordoba, northeast of the Mezquita Catedral (the Mosque-Cathedral), in the area of the following streets : Deanes, Manríquez, Tomás Conde, Judíos, Almanzor and Romero. You can also visit the monuments of the Sinagoga (Synagogue). Cordoba went through a period when three peoples (Christian, Jewish and Muslim) and their respective religions lived together.

Cordoba played a pivotal role in the history of Jewish life in the middle ages. In the tenth century it became the seat of Jewish learning, scholarship and culture, gradually eclipsing the Babylonian academies of Sura and Pumbeditha. Its preeminence was undoubtedly the result of the grand achievements of men such as Hasdai ibn Shaprut born about 915 noted Jewish scholar, physician, diplomat, and patron of science. Walking through the Jewish Quarter, along the Calle de los Judíos (Jewish Street) you find the bronze statue dedicated to Moses ben Maimon, commonly known as Maimonides and also referred to by the acronym Rambam, a noted medieval Sephardic Jewish philosopher who became one of the most prolific and influential Torah scholars of the Middle Ages.

During this period, most of the Jewish people lived under the rule of Islam. During the four years of Umayyad hegemony, cultural, artistic and commercial Muslim activities turned Al-Ándalus (Muslim Spain) into the most cultured country in Europe. Historians talk of Córdoba with admiration, the capital of the Umayyad Caliphate, which turned into a magnificent cultural center with its lakes and parks, amazing palaces and mosques. The court attracted and exercised its patronage over poets and philosophers, men of literature and science.

During the 10th century, Córdoba was the largest economic and cultural center of the Western world.