Sephardi heritage is having a moment. It’s not just progressive rebrand Alexandria Ocasio-Cortez who claims descent from Spanish Jews. Increasing numbers of Hispanic Americans along the US-Mexico border are coming out of the shadows to declare themselves descendants of Conversos, or crypto-Jews, who ed the Spanish Inquisition ve centuries ago.
Blanca Carrasco, 52, an administrator at the University of Texas at El Paso, remembers hearing her uncles complain that her great-grandmother “was going to start speaking Ladino again so they wouldn’t understand.” A little girl at the time being raised in a Catholic family near the border, she had no idea what Ladino was, or that it was connected to Judaism.
“I also remember everyone covering mirrors whenever there was a death in the family,” she told The Times of Israel.
Similar tales abound throughout the American southwest. Stories of Hispanic families secretly lighting candles on Friday nights, refraining from pork, and observing other Jewish rituals are common.
Another El Pasoan, Yolanda Chavarria-Radcliffe, a 52-year old designer, said she heard her parents and grandparents say a few times, “We were once Jews.”
“It never really meant much to me when I was a little girl,” she said in a recent interview. “But as time went on, I was never satised with Catholicism or Christianity. Then, when I learned about the history of crypto-Jews, I began investigating my family ancestry and discovered that Chavarria and other family names stretching back centuries —Juarez, Orrantia, Aguirre, Enriquez — are well-known Converso names.”
The same was true for Carrasco. “It turns out my surname was very popular in Converso circles. And so were the names of other ancestors — Espinoza, Perez, and Enriquez.” 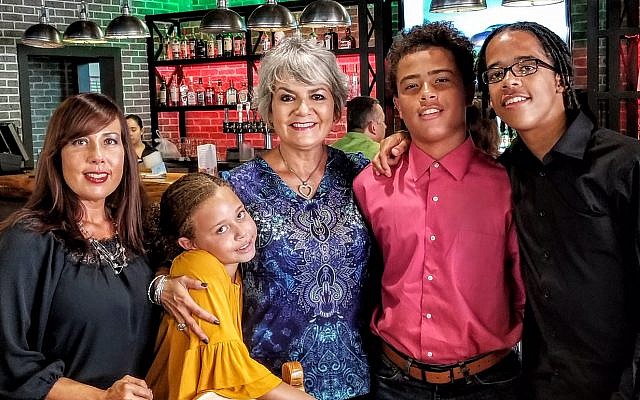 Both Carrasco and Chavarria-Radcliffe eventually returned all the way back to their roots by converting to Judaism under the supervision of El Paso’s Rabbi Stephen Leon, whose work with crypto-Jews is documented in his 2017 memoir, “The Third Commandment and the Return of the Anusim: A Rabbi’s Memoir of an Incredible People.”
Today, descendants of Jews who were expelled from Spain have tangible incentive to examine the roots of their family trees: Citizenship is now being offered in Spain and Portugal for those who t the countries’ legal criteria — for a limited time only.
According to scholars, crypto-Jews converted to Catholicism under threat of death during the Spanish Inquisition, but secretly remained practicing Jews. To escape suspicion and persecution at home, they disproportionately settled in far-ung parts of the Spanish empire such as the Caribbean and Mexico. By the 16th and 17th century, many of these so-called “Conversos” had migrated into the Rio Grande valley, all the way up through modern-day New Mexico.

Five hours north of El Paso, through the New Mexican desert, is Albuquerque, home to Dr. Sarah Koplik, director of community outreach at the Jewish Federation of New Mexico.
Koplik oversees a program that looks at genealogies to determine whether someone has Sephardi heritage. Those with Converso roots can obtain a certicate from Koplik that can be used to apply for Spanish citizenship under a 2015 program by Spain’s government offering citizenship to anybody with a Sephardi background and language prociency in an effort to atone for the sins of its past.
“Applicants can be from anywhere in the world and must show some evidence of Sephardi roots,” she says. “We issue certicates authenticating Sephardi heritage by investigating surnames and family backgrounds. They can then take these documents to Spain and pass an exam to become Spanish citizens.” (Portugal does not require language prociency.)
Koplik estimates that 300,000 to 400,000 Hispanics in New Mexico today have Converso roots.
“We’ve documented that about one-quarter of the 80 initial settler families in New Mexico were Conversos. Based on genealogy and excellent record keeping, we know that 30 to 40 percent of the one million New Mexican Hispanics today have at least once crypto-Jewish ancestor,” she says. 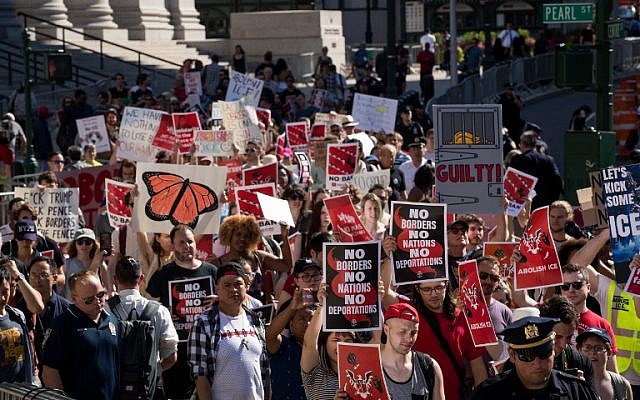 Applications surge under Trump
During the rst few years of the program, Koplik says only a few dozen people from the region roots took advantage of the opportunity to apply for Spanish citizenship.
“After the election of Donald Trump, though, bam! It spiked signicantly,” she says. “Right after the 2016 vote, we started getting hundreds of applications and we’ve now processed thousands.”
Koplik herself applied for Spanish citizenship as she has Sephardi ancestry on her father’s side. Like many of the Hispanic Americans she’s met, she views it as an “insurance policy against the rising tide of anti-Semitism and nationalism and xenophobia in the US.”
“I was thinking about applying before the election, but wasn’t sure. I started studying Spanish and then, when the election came, I really went for it. I just don’t have the same condence that the US is going to be as safe as I had before the election,” Koplik says, stressing that this is just her personal opinion and in no way represents the views of the Jewish Federation of New Mexico. 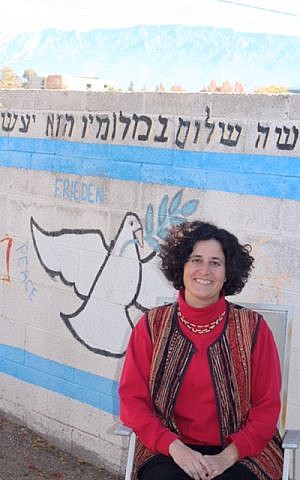 In fact, half of Hispanics say their situation in the US has worsened over the past year, according to an October 2018 Pew survey. More say they have serious concerns about their place in American society now (49%) than in 2017 (41%) and a majority (55%) say they are worried that they, a family member or close friend could be deported.
Many blame the Trump administration for what they see as the worsening situation of Hispanics, the largest minority group in the US. Two-thirds (67%) say the administration’s policies have been harmful to Hispanics.
Blanca Carrasco shares this sense of unease.
“I’ve been really freaking out since Trump was elected,” she says. “I feel like he opened up a Pandora’s box where people can now freely tell you they hate you because of your religion or skin color. We discussed going back to Dr. Sarah Koplik, Director of Community Outreach at the New Mexico Jewish
Federation, outside the University of New Mexico Hillel House. (Courtesy)
Mexico — I even asked my husband to look for a job in Mexico or Canada. We’re very interested in Spanish citizenship.”
Yolanda Chavarria-Radcliffe is also intrigued about becoming a Spanish citizen, but for different reasons. “Not because of Trump, my husband and I are all for Donald Trump,” she says. “It’s just out of curiosity. But I probably won’t go ahead with it because there’s more anti-Semitism in Spain and Europe than the US.”
“I don’t feel alienated by the administration, and you’d be surprised how many Hispanics in El Paso share this view. I call myself a crypto-Trump supporter,” she adds.
If the descendants of Conversos decide to pursue Spanish citizenship, they’d better hurry. The program expires this year at the end of September.
For Sephardi Jews with close ties to a current community, however, Portugal has an open-ended program allowing Jews with genealogical ties to the Iberian peninsula to apply for citizenship.