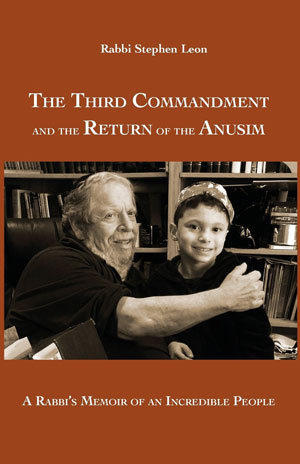 Anusim is the Hebrew word first employed by fifteenth century Spanish Jews to describe their co-religionists who were forced either by the sword or other means to convert to Christianity. These people were often called by many other names, some complimentary and others carrying a disparaging nuance.

These names included marranos, conversos, and nuevos cristianos. Jews, however, used but one word: anusim: meaning those who had been spiritually violated.

Fifteenth and sixteenth century Spanish Jews saw these people as the victims of a spiritual assault. Although it is true that some of these people, once converted, did become loyal citizens of Christendom, others, despite the trials and tribulations maintained a schizophrenic split religious personality. That is to say, that on the outside these anusim by law were practicing Christians, but in the interiors of their homes and souls, they remained loyal to the faith and people of Israel.

These forced conversions changed the social structure of Spanish Jewry. Where once there had been a single and united Jewish politic within the various nations that composed the Iberian Peninsula, now Jewry was divided into four separate subcategories:

(1) Jews who were practicing members of the people of Israel.

(2) Jews had converted to Christianity due to issues of spiritual assault but despite the legal and economic hurdles remained at least in private loyal to their faith and people,

(3) Jews, who were forced to convert, decided to adapt themselves to their new situation and became loyal Catholics and

(4) a small number of Jews who for personal reasons had freely chosen Christianity.