The Sefardic experience is more than merely recounting a history; this is a far-reaching segment of Jewish and world history spanning centuries with profound consequences still unfolding in present day. Yet despite its historic importance, many in the Jewish and Latino communities have yet to learn the relevance and impact of these events.

Part I / Aug 01: In the Beginning: From King Solomon to the Ends of the Earth .

The history of Sefarad evokes both great achievements and the depths of despair. This presentation will take us from the early arrival of the Jews to the Iberian Peninsula, through the “Golden Age”, a time of intellectual, social, and financial achievements, to the dark periods of riots, massacres, forced conversions, Inquisition, leading to expulsion and thus creating the Sefarad diaspora that changed the course of history.

Corinne Joy Brown, will deliver opening remarks and introduce our Guest Speaker Dr. Isaac Amon. Corinne is an award-winning author and freelance journalist in Colorado. She is a longtime board member of the Society for Crypto-Judaic Studies and serves as editor of its widely collected print journal, HaLapid, part of her passion for the history and culture of crypto-Jews worldwide. 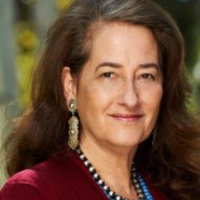 Join Dr. Isaac Amon, JHA’s Director of Research & Project Development on a fascinating journey spanning time and space to the origins, experiences, and legacy of Sefarad, the Jews of the Iberian Peninsula, today’s Spain and Portugal. 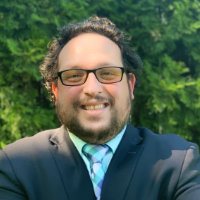 Dr. Michelle Green Willner, a dramatic and evocative award-winning composer, conductor and educator is our special guest who will share with us a part of her moving musical arrangement “A Letter Fell Out of the Sky”, a two-movement piece commemorating the expulsion of the Jews from Spain in 1492. 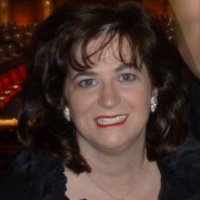 PART II /AUG 22: Challenging Religious Authority: The Birth of Heresy and the Inquisition

This webinar will present the converso phenomenon and the inquisition that followed in medieval Spain, an institution obsessed with uncovering Crypto-Judaism.

Musical Guest: Al'Fado is a fresh Israeli-Portuguese ensemble based in the rich music scene of Lisbon. It focuses on music originating from the Iberian Peninsula, through the cultures of the medieval-times Hebrew communities and the chant in an ancient dialect of Spanish mixed with Portuguese and Hebrew called Ladino. More details to follow as we get closer to the event(s).

Registration for the August 22 event will be available on August 4, 2021. Look for our announcement.

This segment will deliver the amazing journey of resilience, survival, and redemption, as we walk in the shadows of Crypto-Jews who lived their lives in mortal danger of the Inquisition. This webinar shows how conversos, despite incredible obstacles, strove to remain faithful over centuries to their ancestral legacy.

Musical Guest: Dr. Ariel Lazarus is a Composer, Classical Guitarist, Music Lecturer, and the conductor and co-founder of the Israeli Ladino Orchestra.

Registration for the September 19 event will be available on September 2, 2021. Look for our announcement.

About the three-part Series:

Jewish history and communal life on the Iberian Peninsula originated in the time of the Roman Empire. Under Moslem rule, prosperous, flourishing, and well-integrated Jewish communities achieved financial, social, and intellectual success and during the Golden Age, Spain became the center of the Jewish world in Europe. However, due to political and social developments in the Late Middle Ages, life markedly changed as persecution, discrimination, and forced conversions ensued, culminating with the royal decree to expel Spanish Jewry in 1492. This infamous edict, which followed a long trend in European history, led to the Sefardic Diaspora as Iberian Jewry sought new places of refuge, creating new worlds for themselves and their descendants. Yet, more than five centuries later, the ancestral call of Sefarad remains.

This program is being presented by the Jewish Heritage Alliance in partnership with the National Museum of American Jewish History, ANU Museum of the Jewish People, The American Sephardi Federation’s Institute of Jewish Experience, Fundación HispanoJudía, EJCC European Jewish Community Center, University of Miami (Leonard Miller Center for Contemporary Judaic Studies and the George Feldenkreis Program in Judaic Studies), and Kulanu.