Jews, Columbus, and Discovery of America

In 1492, best known as the year Columbus sailed the ocean blue, Spain also decided to expel all practicing Jews from its kingdom. This was the seminal year of the Sephardic diaspora, when Spanish Jews were required to convert to Catholicism or to leave Spain. Much of the population moved on to Portugal or found homes on the Mediterranean littoral.

DISCOVERY OF THE AMERICAS

Whereas the arrival of Columbus in the West Indies with the Nina, the Pinta and the Santa Maria was celebrated as a triumph for Spaniards, Genoese, Italians, or for Europe as a whole; what is not made clear is that this endeavor rests upon Jewish foundations.  The expedition was conceived and funded and executed by Jews.  The navigation required was designed by Jews.  Abraham Zacuto developed astronomical tables, almanacs, and maps, while Levi ben Gerson is credited with the invention of the sea-quadrant or Jacob’s staff, used to guide marine courses.  Columbus’s first crew included several conversos, or Spanish-Jewish converts to Christianity, notably the interpreter, Luis Torres. Importantly, three conversos in the Spanish court were influential in securing royal approval for the controversial expedition.

THE SAGA OF SEFARAD

After the expulsion, many Sephardic Jews migrated to the Netherlands, France and eventually Italy, from where they joined other expeditions to the Americas. Others migrated to England or France and arrived at the Americas accompanying their colonists as traders and merchants. By the late 16th century, fully functioning Jewish communities were founded in the Portuguese colony of Brazil, the Dutch Suriname and Curacao; Spanish Santo Domingo, and the English colonies of Jamaica and Barbados. There were also unorganized communities of Jews in other Spanish and Portuguese territories, including Colombia, Cuba, Puerto Rico, Mexico and Peru. Many of these communities were Crypto-Jews (Conversos and New Christians), who generally concealed their identity from the authorities because of the Inquisition that followed them to the Americas. Estimates vary as to how many Conversos crossed the ocean. One study published by the scientific journal Nature Communications presents an extensive analysis of the genetic history of Latin Americans and finds that nearly one-quarter have significant genetic roots linking their family to the southern and eastern Mediterranean basin, including to the Jews of Spain. The authors of the study say this is a much more widespread phenomenon than previously thought and note that the genetic presence of descendants of the Conversos is even more prominent in Latin America than in Spain and Portugal.

THE INQUISITION FOLLOWS TO THE AMERICAS

Luis de Carvajal, one of the famous Converso who was a victim of the auto-da-fé (the ritual of public penance of condemned heretics and apostates that took place when the Spanish Inquisition, Portuguese Inquisition or the Mexican Inquisition had decided their punishment), a Jewish trader who was arrested around 1590 in New Spain (later Mexico). In his cell, Carvajal wrote a memoir that is considered the first written record of Jewish life in the Americas. In his diary, whose original manuscript was missing for years, although found and returned to Mexico last year, he calls himself Joseph Lumbroso (“illumined one”) and describes how he learned from his father that he was Jewish, how he circumcised himself (with an old pair of scissors) and how he began secretly observing the Jewish commandments and trying to convince his brothers and sisters to return to Judaism. The Inquisitors released Carvajal from prison for a time, perhaps so they could track him and thus find other individuals practicing Judaism in secret. During this time, he managed to complete his memoir, before being imprisoned again and burned at the stake on December 8, 1696, at age 30.

Most of the Conversos and their descendants integrated into Latin American society and were distinguishable only by certain family traditions that recalled Jewish practices, and that differed from those of their neighbors. It wasn’t until the 20th century that people in various parts of Latin America began to associate their family traditions with Jewish roots.  In recent times, especially in the realm of science and academia, the history of Spanish Conversos in Latin America is an increasingly popular subject of study.

Jewish Heritage Alliance has embraced the story of Sefarad (Jews of the Iberian Peninsula), including its consequences, with the intent of taking the story and research from the halls of academia to Main Street. Jewish Heritage Alliance mission  is to research and deliver the compelling and important segment of this segment of Jewish and worlds history to the Public Domain.  In the process we hope to unravel the many attributes of the Jews of that era, including the important contributions the Jews (and Crypto-Jews) that ushered in the Renaissance and the discovery of the New World.

Who are the Sephardim?

How the Spanish Inquisition Worked 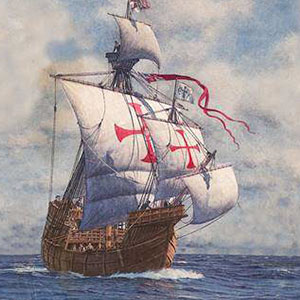 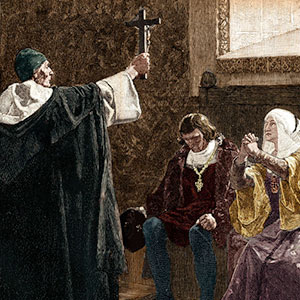 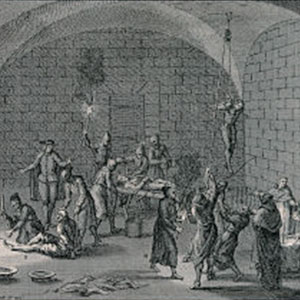