Hidden legacy: In the Footsteps of the Jews of Sefarad

In 1917, Polish-Portuguese mining engineer Samuel Schwarz “discovered” a community of hidden Jews living in the isolated village of Belmonte, Portugal. According to oral histories, these hidden or “crypto-Jews” believed they were the only Jews left in the world. They were shocked to discover that there were other Jews and Jewish communities besides themselves. The Jews of Belmonte learned that they were not alone, and world Jewry, especially those from Northern Europe and the Americas, learned of these people’s remarkable, and indisputable existence.

Like many in other parts of the world, these hidden Jews were the descendants of those originally born in Spain or Portugal who forcibly converted to Christianity in the 14th and 15th centuries during the reunification of Spain under the Catholic Church. This led to the expulsion of the Jews from Spain in 1492, under the infamous Spanish Inquisition which prohibited heresy or acts of Judaizing. This difficult period was marked by the Inquisition’s terrifying reach that extended wherever the church was strong, including South America, Mexico, and the American Southwest. The converts who dared to continue Jewish religious observance did so in secret and in great peril. If they were caught, they could face trial, imprisonment, torture, and even death.

By the late 1400s many Spanish refugees fled to the Eastern Mediterranean where they established Jewish communities throughout the Ottoman Empire. Others fled to the nearby and much more tolerant kingdom of Portugal. In 1496 however, King Manuel gave two options to Jews: to leave Portugal within 10 months or convert to Catholicism. During the Age of Exploration, which lasted from the 15th to 18th century, many of these Spanish-Portuguese Jews—some still observing Judaism only secretly, in the privacy of their homes—eventually helped colonize the Americas.

The fear of being persecuted persisted for centuries during the Inquisition’s 300-year reign, creating diverse global communities of secret Jews who survived by attempting to hold on to remnants of their faith via ritual and tradition. Over time, many became unaware of their ancestral lineage. But thanks to the advent of the Internet as well as science and the study of genealogy, thousands of descendants began rediscovering their roots.

Because of this remarkable phenomenon Michael Steinberger founded the Jewish Heritage Alliance (JHA), a global platform created in 2016, of which he remains the CEO. Born in Israel, but living his adult life in America, Steinberger was fascinated that life for the Jews of Sefarad fluctuated between periods of tolerance and accomplishments and periods of pogroms, forced conversions and persecution, resulting in the possibility that these people’s descendants might number as high as 200 million worldwide today. How was it possible that so many with Jewish ancestry populated the world and few were aware? JHA was established to help tell that story and explore this immensely significant question.

The study of Latin American crypto-Jews is not easy. They went to great lengths to hide their past from their neighbours, families and even, at times, from themselves. Documents were destroyed, names were written only in the heart’s memory, and traditions were given new meanings to protect families from being exposed to Inquisitional authorities.

Although all demographics of hidden groups are mere guesstimates and tracing of bloodlines may lead to many dead-ends, there are at least some demographers who believe approximately one-quarter of all Latin America’s non-Indigenous population might have Jewish roots. Of course, no one has the exact number, but rabbis such as Peter Tarlow of Texas and Gilberto Ventura of Brazil have helped establish new Jewish communities from the United States-Mexican border to the southern corner of South America—in Peru, Colombia, and Brazil—for those hungry for connection.

This awareness has created new groupings among Latinos— those who wish to return to Judaism and those who desire to know more about their past and are proud of their Jewish heritage. They want to stand with their Jewish brothers and sisters in the protection of both Diaspora Jewish communities and, just as importantly, the State of Israel.

Despite these people’s historic importance to many in the Jewish, academic, and Latino communities, and the population at large, most lack a clear understanding of the relevance, significance, and impact of this history.

Working together with its alliance members and affiliates, JHA is developing multiple platforms to bring attention to the story of Sefarad. One example is the ongoing, highly successful educational webinar series covering all aspects of the Sefarad narrative. JHA is also actively promoting the Sefarad story on various social media platforms. Another example is the creation of At the Crossroads of Sefarad…In the Footsteps of the Crypto-Jews mobile exhibit developed in collaboration with ANU – Museum of the Jewish People, previously Beit Hatfutsot, a renowned global institution in Tel Aviv, Israel, focused on telling the ongoing story of the Jewish people to viewers of all faiths.

Many organizations are joining Steinberger’s Jewish Heritage Alliance in telling the story of the Sephardic experience. More than preserving a relic of history, they are recapturing a past for generations yet to be born, and in so doing, linking them together in an unbroken chain of tradition and remembrance. The work is a reminder that miracles are very much a part of our modern lives. 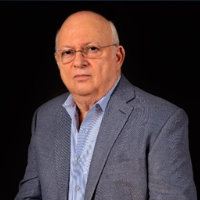 Jewish Heritage Alliance Sefarad Experience project is the brainchild of Michael Steinberger. Michael hails from the tourism industry. Born in Israel and living his adult life in the diaspora, helped shape Michael's commitment to Jewish heritage and Jewish Heritage Alliance. Michael's interest in Sefarad (Jews of the Iberian Peninsula) was motivated by the far-reaching events of Sefarad and the profound consequences the period produced. Michael's mission and vision are derived from the belief that the Sefarad narrative, both historical and the present-day consequences, are "missing in action" lacking the footprint or presence they deserve. 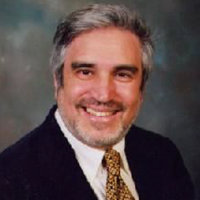 Rabbi Peter Tarlow, PhD, Founder of the Center for Latino–Jewish Relations and Crypto-Jewish Studies, a world-renowned expert in the subject of Sefarad. Mr. Tarlow was the director and rabbi of Texas A&M Hillel for thirty years. Retired July 1, 2013 and he became its Rabbi Emeritus. He is an expert on Sephardic and Crypto-Jewish history and organizes in conjunction with universities around Texas lectures on Sephardic history and culture.