SEFARAD: Jews in Early America. From Inquisition to Freedom

The June 12 webinar introduced the upcoming “Legacy of Sefarad in America Series”. During this webinar we explored the role of Jews in the development of religious liberty in America, from the arrival of the earliest community of Jews in 1654 through the end of the 18th century. This remarkable period witnessed the arrival of many Sefardic Jews with roots in the Iberian Peninsula and their settlement in port cities along the Eastern Seaboard of North America. They proceeded to create several famous communities, and synagogues, which endure to this day, including Congregation Shearith Israel in New York City, Congregation Jeshuat Israel in Newport, Rhode Island, and Congregation Mikveh Israel in Philadelphia, Pennsylvania. When the founders of the United States drafted the Declaration of Independence, the Constitution of the United States, and the Bill of Rights, they were aware of these Jews, some of whom had fought for America’s freedom. The fact that America barred “religious tests” for public office and guaranteed “free exercise” of religion to everyone reflected sensitivity to the presence of non-Christians, the Jews in particular, within the New Nation.

This remarkable story - the birth of religious freedom in the young American Republic - is epitomized most notably by President George Washington’s famous 1790 letter to the Jews of Newport, which characterized religious liberty as an “inherent natural right,” and promised that the Government of the United States would “give to bigotry no sanction, to persecution no assistance.” This extraordinary legacy has profoundly shaped Jewish life in the United States from George Washington’s time until our own,

Mr. Warren Klein: Mr. Warren Klein has been the curator of the Herbert and Eileen Bernard Museum of Judaica at Temple Emanu-El since 2013. His exhibitions have included graphic posters, contemporary Jewish wedding gowns, Golda Meir, and, most recently, Jews and Chocolate. Previously, he worked at the JTS Library, Skirball Museum in Los Angeles, Magnes Museum in Berkeley, and several private collections in New York. He holds an MA in Jewish Art from the Jewish Theological Seminary and a BA in the History of Art from the University of California, Santa Cruz.

Dr. Jonathan Sarna: We are honored to have Dr. Jonathan Sarna University Professor and the Joseph H. & Belle R. Braun Professor of American Jewish History and Director of the Schusterman Center for Israel Studies at Brandeis University. He is also past president of the Association for Jewish Studies and Chief Historian of the National Museum of American Jewish History in Philadelphia. Considered by many as the leading academic authority on early Jewish life in America as the Keynote Speaker.

Professor Paul Finkelman: A specialist in American legal history, constitutional law, American Jewish History, and race and the law, Dr. Paul Finkelman is the Chancellor and Distinguished Professor of History at Gratz College, in Greater Philadelphia. He is the author of more than 200 scholarly articles and more than 50 books. His op-eds and shorter pieces have appeared in the New York Times, the Washington Post, USA Today, Washington Monthly, and The Atlantic.

Mr. Keith Stokes: Speaking for the Touro Synagogue and community in Rhode Island is Mr. Keith Stokes. Among many positions, Keith served as a Rhode Island Advisor for the National Trust for Historic Preservation, also on numerous regional and national historic preservation boards including Chairman of the Touro Synagogue Foundation, Vice President & Trustee of the Preservation Society for Newport County, advisory board of the Rhode Island Black Heritage Society and board member of the Newport Historical Society.

Eli Gabay, Esquire : Eli Gabay, Esquire, Parnas/President of Congregation Mikveh Israel in Philadelphia, a synagogue established in 1740.  An attorney, and former prosecutor in the historic trial of Demjanjuk in Israel, Gabay also sits on the Board of Mikveh Israel historic Revolutionary Period cemetery and is a board member of the American Sephardic Federation. Parnas Gabay will expound on the life of Haym Salomon, financier or the American Revolution,  as well as about the extraordinary story of Warder Cresson, the first American Consul to Jerusalem, a Messianic Quaker, who converted to Judaism and became a member of Congregation Mikveh Israel. 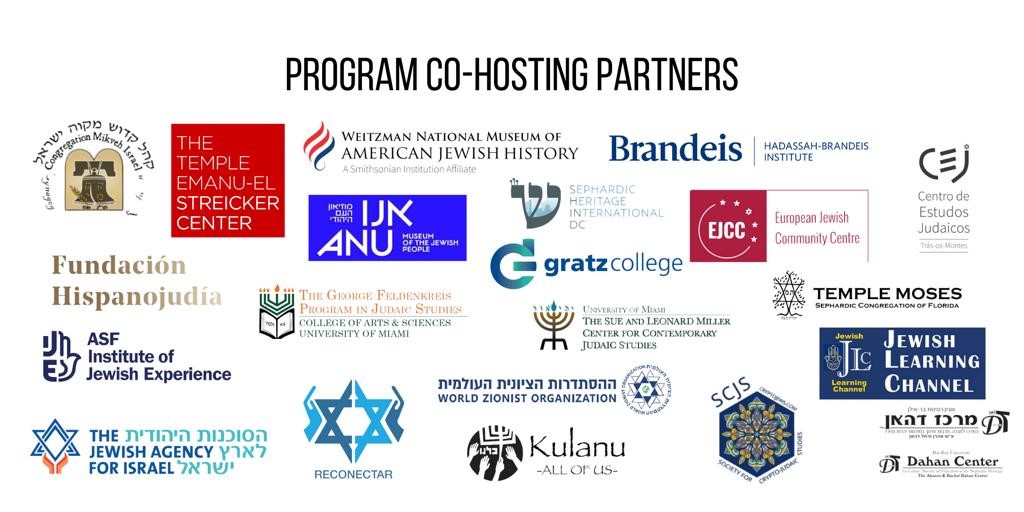