Rabbi Leon wrote numerous articles published in the Paterson News, El Paso Times, and The Jewish Voice of El Paso. He taught in the Religious Studies department of the University of Texas at El Paso. He has appeared on National Public Radio and has made numerous appearances on local television programs. Rabbi Leon has received awards from Israel Bonds, the Israel government Tourist Office, Hadassah, the Bergen County Board of Rabbis, United Synagogue Youth, and others.

In 1999, Rabbi Leon received a grant from the El Paso Community Foundation and visited many places in Europe where Crypto-Jews have lived, including Belmont, Portugal where 300 Crypto-Jews formally returned to Judaism. Rabbi Leon is a trusted friend and teacher for the Anusim and has helped many individuals and families make their return to Judaism.

Now Rabbi Leon commits his work to writings in his new book “The Third Commandment and the return of the Anusim: a Rabbi's Memoir of an Incredible People, stands as not only a testimony of faith, but also as a symbol of religious tenacity (available on Amazon).

For many years, he has counseled people who came to him trying to understand traditions in their families who they didn't know were Jewish and helped those interested in returning to their Jewish heritage.

"I thought about writing this book about 10 years ago as I was finding myself becoming more and more involved in helping people who had discovered that they had Jewish Sephardic roots in their family's ancestry," he said. 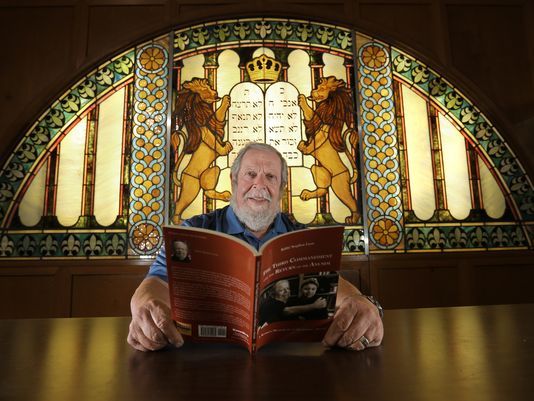 The book is divided into four sections.
The first part tells the stories of different people of El Paso, Juárez and New Mexico who have shared personal and emotional accounts of how they discovered secret Jewish practices in their families for generations.
The second relates the importance of the Third Commandment in regard to the history and traditions of crypto-Jews.
"The book explains this commandment and how it relates to the horrors of the Spanish Inquisition which witnessed religious people in God's name torturing, executing and expelling Jewish people and others," he said. "To escape this vicious historic event, thousands of Jews hid their religion secretley, thus the term "crypto-Jews."
The last two sections tie the phenomenon to the El Paso community and speak about how to hold accountable those who were responsible for creating Anusim.
Through his book, Leon hopes that people will learn more about crypto-Jews. He opened the Anusim Center — part museum, party study center — in August of 2014. It is in the process of moving to a different location.
Bill Carvajal, President of the Anusim Center, states in the center newsletter that to Leon, "(Anusim) isn't something he's somewhat intrigued by, it's a passion from his heart." 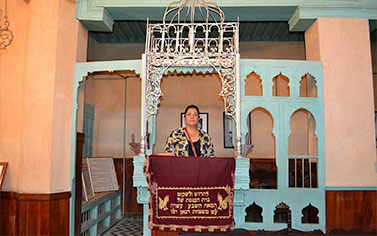 US Conversos of Sephardi heritage is having a moment.

There are millions of Bnei Anusim (Converso) around the globe getting in touch with their Sephardi heritage. This entire phenomenon is having a real moment. This is the story of Blanca Carrasco of El Paso Texas, one of many stories that brings the saga of Sefarad (Jews of the Iberian Peninsula) to life. 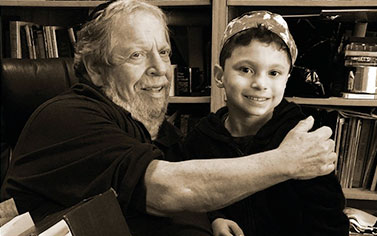 The Third Commandment and RETURN of the Anusim.

Rabbi Stephen Leon’s book, The Third Commandment and the Return of the Anusim: a Rabbi’s Memoir of an Incredible People, stands as not only a testimony of faith, but also as a symbol of religious tenacity.